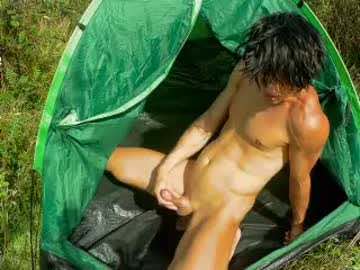 This boy is also known for shooting his spunk loads on his cute face and all over his long hair. I would love to see another young fella come by and see them fuck each other in front of the cam now.